40% off Our Luxury Adjustable Base

40-50% off Adjustable Base Bundles

FREE with any mattress order
(Up to $299 Value)

Sleeping while battling Restless Legs Syndrome can be a constant struggle seeking to find comfort. In order to find the elusive night of sleep one should understand what the malady is and ways that it can be managed.

I. What is Restless Legs Syndrome

II. How Many Have Restless Legs Syndrome

Restless legs syndrome and sleep fight each other nightly in the war over allowing the tired body to have the much-needed sleep it needs. While it is vital to understand what restless legs is, so that one can manage it, one should also make sure to have the most comfortable top memory foam mattress to aid in keeping legs calm and comfortable.

I. What is Restless Legs Syndrome

Restless Legs Syndrome, also known as Willis-Ekbom Disease, is categorized as a neurological sleep disorder. It is named for the fact that one’s sleep is disturbed caused by an overpowering sensation to have to move the legs while at rest. The symptoms make it extremely difficult for one to find comfort to fall and stay asleep.

Often people feel uncomfortable sensations along with Restless Legs Syndrome. These can include a burning or itching feeling that is neurologically based. While the syndrome is most prevalent at night it can also occur when a person is sitting for a long time making impeding on travel.

If one does not seek treatment Restless Legs Syndrome can become worse over time. As the problem becomes more frequent, restorative sleep seems to be impossible, which in turn affects one’s quality of everyday life.

II. How Many Have Restless Legs Syndrome

It has been determined that around 10-percent of U.S. adults are afflicted with the syndrome. At such a low count researchers believe that the numbers are actually-higher when factoring in those who have it but have been misdiagnosed. Many live with Restless Legs Syndrome believing that they have a different neurological, muscular, or orthopedic condition, or just insomnia. With lack of sleep complaints many with the syndrome are misdiagnosed as being depressed.

Over 70-percent of children seen to have the problem also have a parent with the disorder. It is important to note that children seen with attention deficit hyperactivity disorder (ADHD) who also have Restless Legs in the family could be in jeopardy of a higher severity ADHD diagnosis.

Often the cause of Restless Legs cannot be determined. In these cases, the patient is treated with an idiopathic diagnosis.

A body with an iron deficiency can be affected with Restless Legs Syndrome due to poor brain cell communication. A medical professional should be consulted to determine a course of action to alleviate the problem.

Diabetes has been known to cause many other medical problems for sufferers. This malady causes blood vessel and neuropathic damage in the leg muscles that can result in Restless Legs Syndrome. One should consult with their physician to find the best course of action to help find relief.

With pregnancy weighing heavily on the nerves, often the mommy-to-be can develop Restless Legs Syndrome. Luckily this is usually temporary and the problems will disappear in the month after birth.

Although one may need a medication to alleviate another concern, there are some drugs that can trigger restless legs syndrome or exacerbate it. Prescribed antidepressants, allergy medications, and centrally active dopamine-receptor antagonists are known to be a cause of the syndrome. Over-the-counter antihistamines and sleep aids also can bring on a bout of restless legs.

Those veins that cause anguish in looks and how one feels may also be the cause of Restless Legs Syndrome. The appearance of the protruding veins is caused by poor valves. A physician can help with improving the condition.

Symptoms of Restless Legs Syndrome can vary from person to person. The one general symptom is an uncontrollable urge to move legs while at rest. Although not for everyone, there are sometimes other symptoms that accompany the restless legs.

1) Urge of Leg Movement at Rest

The first key to diagnosing Restless Legs Syndrome is the symptom of the overwhelming desire to have to move legs when trying to rest. This is what causes the sleep disorder as it can keep one awake for long periods of a time.

Even when not sleeping but simply just trying to sit in a car or theater will cause anguish in sufferers when they cannot keep their legs still. Involuntary leg movement can impede travel and lifestyle.

Many afflicted with Restless Legs Syndrome complain of strange sensations accompanying the leg movement issues. These can be the feeling of crawling insects, burning, itching, pulling, and tugging.

Perhaps from poor circulation a throbbing feeling has been reported by some sufferers.

Treatment for Restless Legs Syndrome is all about managing symptoms. These not only include medications but also lifestyle changes.

A medical professional can do blood work to see if an iron or vitamin deficiency may be causing the sleep disturbing leg movements. Adding supplements and healthier food with iron, vitamin B12, and folate may be just what the doctor orders as a treatment.

With many medications causing, or adding to, the restless legs medical professionals may want to change prescriptions to help curb the condition.

Massage and acupressure can be soothing treatments to help ease pain and increase blood flow to help control the problem.

Those with the malady say that simply by getting up to move will put an end, at least momentarily, to the unending leg movement. One should try to walk and stretch every day especially before rest.

A soothing bath right before bedtime can help get the blood circulating in the legs. Some prefer hot, while others like a cold bath. Consult a health professional as to what temp bath to take for the best results.

There are foot wraps designed specifically to help relieve restless legs. The wrap is applied before bedtime. It works to apply constant pressure specifically on the needed foot muscles to send a signal to the brain meant to calm muscles and stop the leg movements.

With 98-percent of patients finding restless leg relief with vein treatments doctors are realizing that the condition may be the cause of basic vein issues. The technique used to treat is called sclerotherapy and is performed by a specialist. It is an office procedure that will take about an hour and causes no, to very little, pain.

If all else fails, there are medications that a medical professional can prescribe. These are extremely strong drugs that can cause nausea, dizziness, and sedation so should not be taken by just anyone. Only those with moderate to severe Restless Legs Syndrome should consider this course of treatment.

Restless Legs Syndrome and sleep do not work well together. With the constant leg movement, the sufferer not only is dealing with discomfort, but also the lack of much-needed restorative sleep. It is most vital to have a comforting mattress and bedding to set the best of a sleep inducing environment.

Try to schedule the same bedtime each night and wake time every morning. This will help the body and brain stay in a natural rhythm to promote a healthier sleep.

Sleeping on the side – add a pillow between the legs from the knees to the thighs for support. This will work to help to keep the nerves from compression to promote circulation and better sleep.

If the bed is old with uncomfortable springs, then it is time to replace it with a new memory foam mattress designed to cradle and support the body. The comforting top memory foam bed works to hold the contours of the body for the best sleep possible.

Being swaddled in a blanket can be very comforting. With legs constantly moving, a weighted-heavier cover can work to hold the legs down and assist in calming movement.

Restless Legs Syndrome is a sleep disorder often misdiagnosed. It is imperative to communicate with a health professional to find the right treatment to fight this sleep disorder and get on the road to attaining peaceful sleep.

Be sure to make your bedroom inviting for sleep with a great GhostBed Luxe mattress along with GhostBed pillows and comforting bedding. 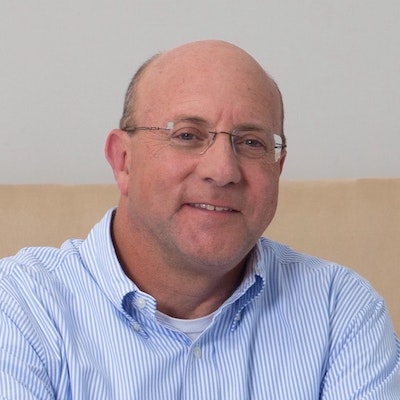 Marc has spent the last two decades designing & manufacturing mattresses and other sleep products, drawing on a lifetime of experience working with the material sciences. With several patents to his name, he works closely with the GhostBed team to create products with the perfect balance of comfort & support. Learn More

Most Orders Ship Within 24 Hours

Most Orders Ship Within 24 Hours 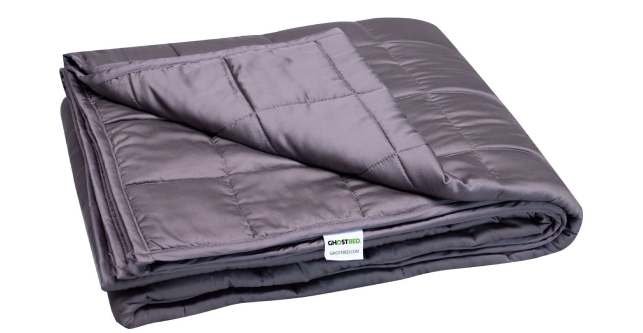 Made with silky-soft TENCEL™ Lyocell, the GhostBed Weighted Blanket makes relaxing easy. Cuddle up and experience instant calm thanks to the blanket’s gentle weight—like that feeling you get from a comforting hug.